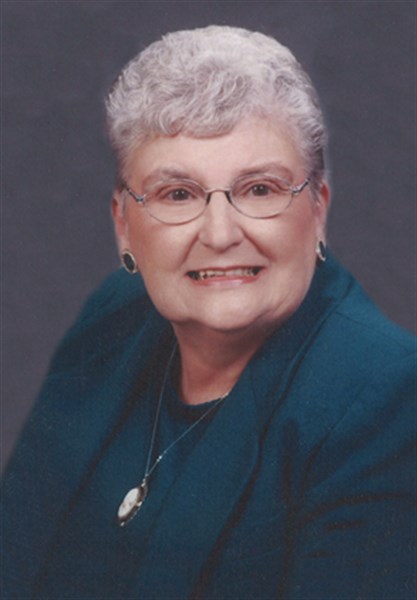 Mary Lou Ranne was born December 26, 1932 in Council Bluffs, Iowa. Ten days later, she was welcomed into the home of her loving, adoptive parents, Lewis and Gertrude Ranne, in rural Malvern, Iowa. She spent her childhood days on the farm and was educated through the eighth grade in a rural school. She attended high school in Malvern, graduating in 1950. She was honored to be the homecoming queen her senior year.
Mary married a fellow classmate, Paul C. Hixson, on December 31, 1951 at Glenwood, Iowa. At the time, Paul was serving in the U.S. Army. Following his Army service, he graduated from the University of Nebraska at Omaha. The family moved to Mount Ayr in 1963 with Paul working on the survey crew at the county engineer’s office. After 7 years of night classes, he qualified to become the Ringgold County Engineer.
A daughter, Paula, was born March 9, 1954 in Council Bluffs, IA while her father was still in the Army stationed in England. A son, Curtis, joined the family on July 25, 1959 in Council Bluffs, IA. Subsequent to Paul’s sudden death on October 16, 1976, Mary learned to drive and began working at Horne Rexall in Mount Ayr. In 1979, she began employment at the Ringgold County Hospital where she remained for 20 years until her retirement.
Mary was a member of the First Christian Church in Mount Ayr where she was involved with the Dorcas group as they tied lap robes for residents of the local nursing homes, and she was a faithful attendant of her adult Sunday school class. Mary had a lifelong enjoyment of sports, including her children’s sports, and was a true blue fan of the Iowa Hawkeyes.
Health reasons necessitated her moving to Clearview Estates (later the nursing home) in December 2013 where she resided until her death on October 16, 2016.
Mary was preceded in death by her parents; husband Paul; daughter Paula McSweeney on October 31, 2006.
She is survived by her son Curt, and his daughter Hope, of Omaha, NE; granddaughter Brenna McSweeney of Peru, NE; son-in-law Tom McSweeney of Maryville, MO; cousins and friends.
A memorial fund has been established to the American Heart Association.
Visitation was held at Armstrong Funeral Home in Mount Ayr on Wednesday, Oct 19 from 6:00 to 8:00 p.m. with funeral services beginning at 11:00 a.m. Thursday, Oct 20 at the First Christian Church in Mount Ayr. Burial will be at 3:00 p.m. Thursday in the West Liberty Cemetery at Glenwood, Iowa. Online condolences may be left at www.armstrongfh.com.