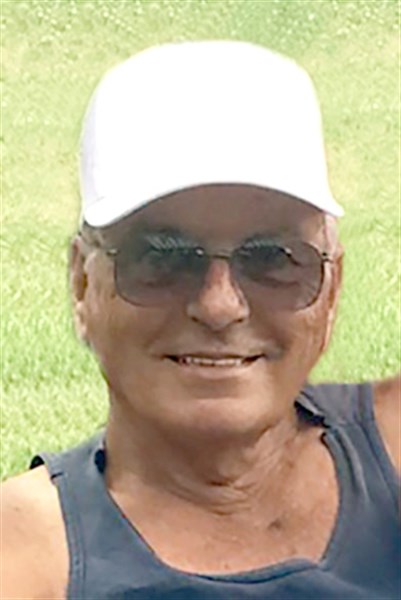 Gerald Duane Cannon, only child of Virgil Leroy and Mildred Harriett (Ellison) Cannon, was born August 16, 1943 at Clarinda, Iowa. The family soon moved to Mount Ayr where Gerald would live the rest of his life. Gerald graduated from Mount Ayr High School in 1961. While in high school, Gerald started working at United Foods. On June 29, 1962, Gerald was united in marriage to Marilyn Elaine Snedeker. To this union was born two children; Greggory Lynn and Tammy Lynn.
As a young man, he worked for Smith Oil but returned to the work he loved best: being a meat cutter. Gerald and Dwayne Callison purchased the Afton Locker together in the mid 1970s. They later purchased the Community Meat Processors in Mount Ayr. After several years of this, Gerald became a Meat and Poultry Inspector for the State of Iowa Department of Agriculture and Land Stewardship. Gerald also loved the land and he farmed for 25+ years.
Gerald had a love for the outdoors. On any given day, one could find him headed out to what is referred to as “Grandma’s” farm to check on things. He spent countless hours walking about the hay field, messing with fences, checking the ponds and throwing out a fishing line now and again to see what he could snag. He enjoyed the fact that the entire family held the Grandma’s pond close to heart and loved driving out to find the grand and great grandkids spending time there. Ice fishing was something the family enjoyed together at the pond – even having shared a picnic of hot dogs on the ice before. Many fishing trips included the Des Moines boys who came down to get away from the city, and it meant a great deal to him to share the pond with others. He loved and cared for every creature.  He had a gentle way with anything living. It wasn’t unusual for him to talk to the cows and many a bull, heifer, and calf were given a name and considered his pets. Gerald enjoyed cooking, especially meats.  While owner of the Community Meat Processors he catered and became known for his savory shaved meats for family gatherings, weddings, graduations, etc. After he left the locker business he continued catering to his family by providing meat for his grandchildren’s special occasions. He had a knack for making people smile and didn’t hesitate to share a story and visit.
Gerald passed away on October 27, 2016. He was preceded in death by his father, Virgil; his wife, Marilyn, on August 10, 2002; parents-in-law Mick and Maxine Snedeker.
Those left to cherish his memory include his mother Mildred Cannon of Mount Ayr; children Gregg and Debbie Cannon and Tammy and Kevin James, all of Mount Ayr; three grandchildren Courtney (Austin) Adams, Brett (Amanda) Cannon, and Jena James; great-grandchildren Ashtyn Werner, Weston, Ellison, and Mason Adams, Ryann and Brooks Cannon; significant other Karen Pettinger and her family, Oakel (Jordan) Kralik, Keaton and Kelton; and a host of relatives and friends. Armstrong Funeral Home in Mount Ayr is in charge of the arrangements.
Services were held on Monday, October 31, 2016 at 10:30 a.m. at the United Methodist Church in Mount Ayr, IA with Rev. Skip Rushing and Pastor Bill Armstrong officiating.
Casketbearers were Jordan Kralik, Mack Greene, Howard Johnson, Don Scott, Dale Magee and Bob Strange. Honorary casketbearers were Jim Randolph, Ron Randolph, Gary Randolph, Dennis Randolph, Dale Burgher, Billie Wimer, and Brandon, Aaron and the Des Moines fishing boys.
The final resting place is Rose Hill Cemetery at Mount Ayr, Iowa. Memorial funds have been established to Ringgold County Sportsmans Club and Greater Regional Hospice Home.