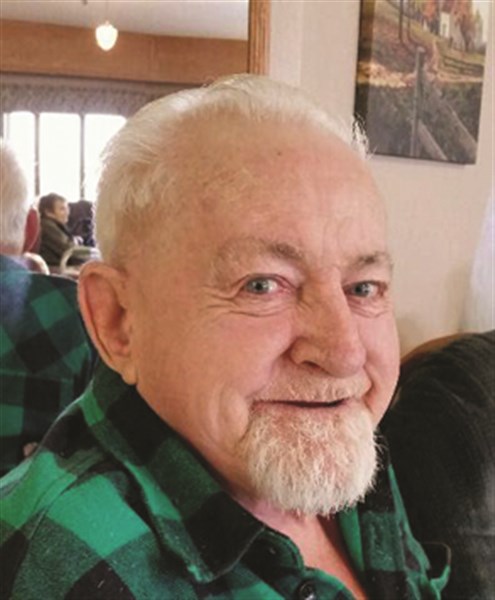 Wayne Charles Butler was born in Union County, Iowa on September 8, 1928. He was raised by his mother, Elvira (Stauffer) and Perry Stringham.
Wayne attended school through the 8th grade, when Perry passed away. Wayne and his mother endured hard times during the Great Depression. Elvira and Wayne were close and she was a loving mother. Elvira married Milo Morse, a World War I Veteran.
Wayne traveled as a young man, often in search of work. He worked as a laborer, mostly in well digging operations and construction. Many years he shared stories of his love for Wyoming.
Wayne married Esther Ruth Herr from Lancaster, Pennsylvania on May 25, 1958. Esther was from a Mennonite family. Esther had a son, Dwight “Ben” Herr, and the three moved back to Clearfield and then settled in Mount Ayr, IA.
Wayne and Esther had two more children, Wanda Jean (Butler-Burden) Ellis and Richard Allen Butler. Esther gave birth to another son which the family gave up for adoption. Rodney Smith was raised by a loving family near Des Moines.
Esther was a loving wife and mother to the children. She passed away on December 22, 1995.
Wayne became a resident of Mount Ayr Health Care Center in November of 2016. He was under the care of HCI Care Services (hospice) until he passed away on February 6, 2017 at the Mount Ayr Health Care Center. He was preceded in death by his parents and wife Esther.
Left to cherish Wayne’s memory are his three children, Dwight (Marianne Wesson) Herr of Lyons, Colorado, Wanda (Gordon) Ellis of Garden City, South Carolina and Richard (special friend Rhonda Ulanicki) Butler of Lamoni, IA; two grandchildren Jennifer Herr and Justin Charles Burden; great grandchild Dagon Norris.
In his last days at the Mount Ayr Health Care Center, and under hospice care, Wayne was shown the love of God through many helping hands. Through the love he was shown, his heart softened as he learned to love others. He was strong and courageous till the end; he finished well. He believed in our Heavenly Father. His life serves as a testimony of God’s love and forgiveness for all.
Services were held at 2 p.m. on Friday, Feb. 10, 2017 at the Armstrong Funeral Home in Mount Ayr, Iowa with Pastor Bill Armstrong officiating.
Casket bearers were Dwight “Ben” Herr, Don Zollman, Rod Zollman, David Zollman and Mack Greene.
Burial is in the Rose Hill Cemetery at Mount Ayr, Iowa. Memorials go to Mount Ayr Health Care Center and HCI Care Services in Mount Ayr, Iowa.