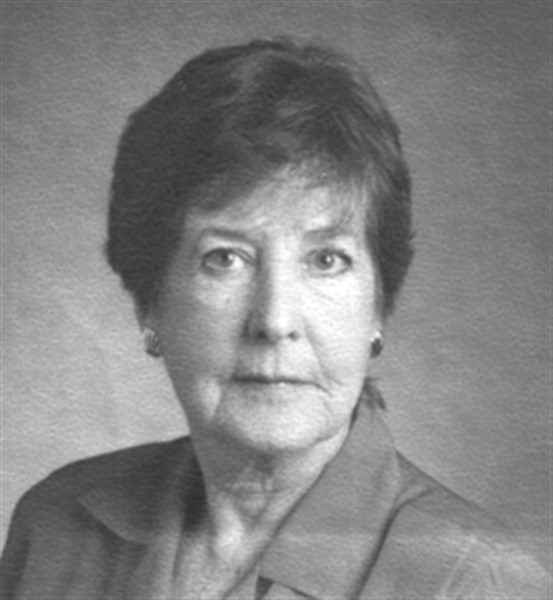 Sue Burton Cole, 94, of Cape Girardeau, MO passed away February 24, 2017 at Chateau Girardeau Senior Living Center.
She was born Margery Sue Combs on October 22, 1922 in Redding, Iowa to Harley L. and Susie Swift Combs. Sue’s family included an older sister, Katherine Louise and a younger brother, Harley Vance. After the death of their mother in 1929, each of the children went to live with various relatives. Sue made her home with her maternal Aunt Jessie and Uncle Wesley Burton, of Lee’s Summit, MO.
In 1940, Harley Combs married Vera Olney of Redding, IA. To this union four children were born: Carl Edman, Lillie Ann, Helen Marie, and Vera Jean.
After graduating from high school in Lee’s Summit, Sue studied at the Kansas City Art Institute, and in 1946 graduated from Kansas University with a Bachelor of Fine Arts and major in design.
On October 2, 1946, Sue and Robert O. Cole were married in Topeka, KS, where he was serving in the United States Air Force. Later, Bob’s job with the National Weather Service took them to many different states and countries. They enjoyed traveling the world together, and Sue continued to travel extensively after his death in 1990. London was her favorite city to visit, and she traveled there often. Sue enjoyed painting, the theatre, art museums and galleries, needle work, and growing flowers.
In 1995, Sue moved from Jackson, MS to Cape Girardeau to be near family. She continued her lifelong interest in the arts. Her paintings incorporated collages, oils, water colors, and pastels. Sue was an enthusiastic supporter of the Arts Council of Southeast Missouri and was a member of their Visual Arts Cooperative for many years. The Arts Council sponsored an exhibit of her work in 2005, and on February 17, 2017 they honored her with the prestigious  “Friend of the Arts Award.”
She was preceded in death by her parents; husband; and sisters, Kate Williams and Jean Boeckman.
Surviving family members include her brothers, Vance (June) Combs of Cape Girardeau, MO and Ed (June) Combs of Des Moines, IA; sisters, Lillie Ann Rinehart of Mount Ayr, IA and Helen Combs of Redding, IA; as well as many nieces and nephews.
Sue will be greatly missed by those who knew and loved her.
Announcement courtesy of McCombs Funeral Home, Cape Girardeau, MO.