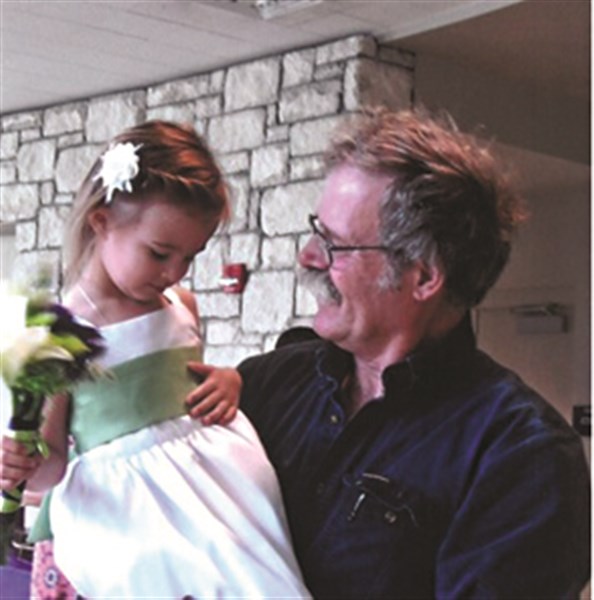 John Brice Reasoner, son of Frank Brice and Mary Louise (Peterson) Reasoner, was born October 28, 1949 at Osceola, IA.
John’s aptitude and love of all things mechanical were developed at an early age working alongside his father, Frank, at Reasoner’s Garage. He and his brother Robert refurbished motor scooters, and later motorcycles which they raced up and down the ditches. Working in the shop was second nature to both brothers. Family dinners always included talk of clutches, spark plugs, differentials, and brake jobs.
He attended elementary school in Beaconsfield and later with school consolidation, attended Mount Ayr high school where he participated in football, wrestling, and choir graduating in 1968. John graduated from Iowa State University with an Associate in Agriculture degree May 29, 1970.
In the winter of 1971, he went to San Diego to be with his sister, Lois, while her husband was on sea duty off Vietnam. Within one day of arriving, he had a job as a mechanic at a car repair shop.  His friend, Lewis Larson, was stationed at the Amphibious Base in Coronado where they renewed a friendship which led to many adventures in San Diego on the weekends. One of his favorite things to do there was to go to the desert with his friends to race dune buggies.
John graduated from DMACC with an Applied Science Diesel Technology Degree in May of 1973. His first job was at Ryerson’s Implement in Nevada, Iowa.
On July 21, 1973, John was united in marriage to Diane Mary Lennon Sullivan in Gowrie, Iowa. Within a couple of years, John and Diane moved back to his grandparent’s family farm to raise their sons and work with his father and brother in the family business. Keeping and working with his cattle herd was a source of enjoyment and pride for him, too.
John would become the third generation owner of Reasoner’s Garage. He steadily built the business which in later years became Reasoner’s Garage and Implement. He sold Farmhand, Tye, Kuhn, Schulte and Zetor. He enjoyed meeting people and always aimed to offer the best customer service he could. Doing things right the first time, was his motto.
John’s family was a source of pride, as well. He was proud to watch his boys grow up and take part in sports as he did. He was an active participant in many activities with his boys including water skiing, snow skiing, admiring and restoring many old cars. He enjoyed family vacations but most of all Christmas skiing trips to Colorado where he easily kept up with the boys.
Becoming a grandfather was the icing on the cake. Pappa especially treasured spending time with his grandchildren on the farm and taking them for rides on the tractor, feeding the baby calves, jumping on the bales, going on hayrides and to the pond to look for frogs.
During the last year, it became quite clear that he had formed many lasting friendships through the years. He had a steady stream of visitors from all parts of his life – from elementary school on through his adult years. He would want everyone to know how much those visits meant to him.  Hearing people share their fond memories and words of encouragement brought him real joy.
John was a devoted elder at Wishard Chapel. His Christian faith sustained him during times of trouble this past year.
John passed away on April 28, 2017. He was preceded in death by his parents, grandparents, many beloved aunts, uncles, cousins, and a great niece Mara Webb.
John is survived by his wife Diane of Beaconsfield; three sons Nathan (Marina) Reasoner of Ames, Iowa, Jeremy (Tina) Reasoner of Bettendorf, IA, and Daniel (Sena) Reasoner of Beaverdale, IA; three granddaughters Maliah, Claire, and Scarlett Reasoner; sister Lois (John) Schultz of Indianola, IA; brother Robert (Glenda) Reasoner of Osceola, IA; nieces Laura (Matt) Marquardt, Andrea (Jon) Webb, and Lindsey (Dustin) Pulse; nephew Travis (Allison) Reasoner; great nieces and nephews Will Marquardt, Josiah, Levi, and Selah Webb, Madison and Brice Pulse, and Wyatt Johnson. And, Pup Dog, his loyal companion whom meant a lot to him, even more than he would ever admit. Armstrong Funeral Home in Mount Ayr is in charge of the arrangements.
Services were held at 2 p.m. On Tuesday, May 2, 2017 at the United Methodist Church in Ellston, Iowa with Rev. Bruce Geise and Pastor Bill Armstrong officiating.
Casketbearers were Robert Reasoner, Paul Dykstra, Glee Mobley, Travis Reasoner, Mark Dykstra, and Jim Coulson. Honorary pallbearers were Dan Shepherd and Clint Spurrier.
Burial is in the Oliver Cemetery southwest of Beaconsfield, Iowa. Memorials go to Wishard Chapel Church in Mount Ayr, Iowa.