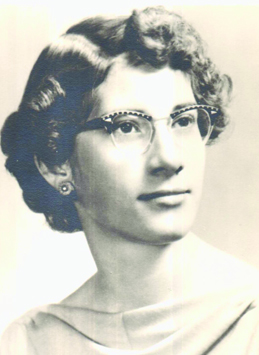 Sharon Kay Payton unexpectedly passed away Monday, January 4, 2021 at home in Ohio from an apparent heart attack. She wore many hats during her life which started with her July 31, 1939, birth in Leon, IA to parents Frank Edward and Waneta Edwina (Wadley) Bierlein. She was raised on a farm outside of Kellerton, IA. Her entire thirteen years of education was completed at Kellerton Public School, Kellerton, IA with graduation in 1957, as class salutatorian along with being sports cheerleader plus public piano and saxophone musical performances. Her lifelong competitive spirit made her the “boss of the school yard” among her peers during preteen years including her classmate and future husband, Gerald, before “attitude changes” in high school.
After high school graduation, she completed an airline reservation training program in Omaha, NE, finishing at the top of her class. She returned to Kellerton, IA to work at Ringgold County Electric Cooperative for three years until a five-year courtship culminated with her marriage in the Kellerton United Methodist Church to Gerald James Payton on June 19, 1960, her school classmate since 1946.  They moved to Cedar Falls, IA where Gerald finished the final year of his B.A. degree at Iowa State Teacher College while Sharon worked as a typist at the college library and gave birth to Jennifer Lea Payton July 31, 1961. They moved to Adel, IA where Gerald served three years as high school teacher while she worked for the Dallas County Superintendent’s office. Daughter, Kathrina Elizabeth Payton, was born March 9, 1964 in Perry, IA. They moved to Las Vegas, NM for a year while Gerald completed M.S. graduate studies. They then returned to Iowa in 1965 where Gerald continued graduate studies at Iowa State University (ISU) while Sharon enrolled in her first college classes as a 25-year-old freshman. While being a college student, wife and mother for two daughters, she also developed her level of tennis skills to earn a position on the first ISU Women’s tennis team. She completed her B.S. degree in Home Economics Education and M.S. in Food Science by 1971. She was also nominated/selected for membership in Sigma Xi academic honorary society. She and Gerald accepted teaching positions at William Woods College, Fulton, MO, where she taught foods and nutrition for fifteen years. During that time, she completed PhD degree requirements at University of Missouri-Columbia in 1985 in the food science program at age 45. They then moved to New Orleans, LA where she accepted a position as a food product developer for the company Food Innovisions. After five years in New Orleans, her professional career took her to Fremont, MI in 1989 to work as Research Scientist for Gerber Baby Food Company.  During her nine years at Gerber, she developed several Gerber Graduates entrees plus Fruit Juice Snacks which are available on grocery shelves twenty plus years later. She then moved to Columbus, OH to work four years for Borden Foods as a product development Research Scientist until retiring in 2002. The primary Borden products she developed were Classico brand alfredo sauce and some red sauces.
She had a lifelong love of horses starting to ride at age three with a pony and then two other horses before completing high school. Although horse ownership was dormant for many years, a 10-year-old mare with a two-year-old foal was obtained while in MI which ignited her equine love in the two daughters and three granddaughters. The two horses moved with her to OH where the herd size expanding to 18 before being reduced to current 13. During her time in Ohio, she rode horses for several years and hosted several lawn dinner parties for horse friends. Although not actively riding, she enjoyed providing grain/apples plus carrots on a daily basis through her final days. She did extensive canning of seasonal garden bounty, baked many pies for horse shows and sewed many garments for herself and family. Her native American heritage/interest led her to construct buckskin/beaded regalia to be worn by riders and their horses in parades plus participation in several years of Buffalo Bill Wild West Show Re-Enactments depicting early American western history.
She is survived by her husband. Gerald; two daughters, Jennifer (Chittoor (Hari) Narahari) Payton, Kathrina (Kerry) Kupka; and grandchildren, Kathrina Payton; and identical twins, Ashley and Alissa Kupka. She was preceded in death by her parents.
Funeral arrangements are jointly conducted by Gomph Funeral Home in Cardington, OH and Slade-O’Donnell Funeral Home in Leon, IA with internment scheduled at Maple Row Cemetery in Kellerton, IA. A separate memorial gathering in her honor will be scheduled/announced at two later dates for OH and IA.
Memorial contributions may be made to the Kellerton United Methodist Church.