Allyn Lee Jarred, son of Wayne Arthur and Clara Dale (Motsinger) Jarred, was born at home, north of Delphos, IA, on March 23, 1936.
Allyn’s dad did construction work, so the family traveled with his work. They would eventually settle in Mount Ayr. Allyn attended school in Benton, Diagonal and Mount Ayr, graduating from Mount Ayr High School in 1955.
Allyn enlisted in the US Army and served his country in Korea. After he was honorably discharged, Allyn returned to Mount Ayr. While on a blind date at Nevinville, IA, Allyn met his true love Nancy Darlene Schroder. They were united in marriage on September 26, 1959. They made Tingley their home, living in several places in Tingley.
Allyn began working land construction with his dad before creating his own dirt construction business called Jarred Construction. He had a big part in the construction of Sun Valley Lake. His son and grandsons would eventually follow in his steps and there have been four generations of Jarred’s in the land construction business. He was a member of Local 101 of Operating Engineers.
Allyn was active in his community, serving as Tingley mayor for 16 years. He was on the Tingley Volunteer Fire Department for a while and was a member of the Emmett Liles Post 541 at Ellston.
Allyn loved to drive around Tingley each morning checking things out and tooting his horn at certain places. He had a great sense of humor and loved a good joke. Allyn enjoyed a couple of cold ones after work and when he retired, he looked forward to visits by Larry and his dog, Jade. Even though he couldn’t operate anymore, he always made the rounds inspecting things. Allyn loved and enjoyed his grandchildren and great grandchildren. He looked forward to Saturday evening supper with the family; trips to Toot-Toot’s in Bethany for his birthday and he even got to ride in the party bus for his last birthday trip in March!
Allyn passed away on June 2, 2021, with his family by his side. He was preceded in death by his parents, Wayne and Dale Jarred.
He is survived by his loving wife of 61 years, Nancy Jarred of Tingley; daughter, Monica (Bill) Wiederholt, of Stanberry, MO and son, Larry Jarred, of Tingley; five grandchildren; Brenda (Rodrigo) Soares, Sean (Heather) Murphy, Ashley Jarred (Cullen Morrison), Levi (Macy) Jarred, Tyler Jarred; four great-grandchildren Addison Deets, Alyssa Deets, Tell Morrison, Mila Morrison and one more on the way; his sister, Myrna (Rex) Luko, of West Des Moines, IA; in-laws, Jean Graves of Omaha, NE, Bert Lowenberg of Nevinville, IA, Carl (Ruth) Schroder of Macksburg, IA; several nieces, nephews, other relatives and many good friends.
A memorial fund has been established in his name to be decided.
Services were held at 10:30 a.m. on Monday, June 7, 2021 at Armstrong Funeral Home in Mount Ayr, IA
Officiating was Pastor Bill Armstrong.
Special songs were “Amazing Grace” and “God Bless America”.
Musicians were Nancy Sackett and John Allen.
Casketbearers were Sean Murphy, Levi Jarred, Tyler Jarred, Cullen Morrison, Rodrigo Soare, Shane Comer and Brice Phelps.
Honorary pallbearers were Ashley Jarred, Brenda Soares, Heather Murphy and Macy Jarred.
Military Honors by Emmett Liles Post 541, American Legion and U.S. Army Honor Guard.
At rest at Rose Hill Cemetery in Mount Ayr, IA. 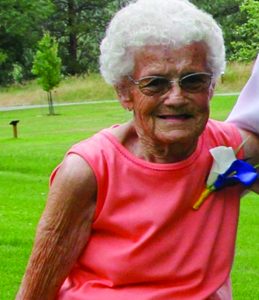