By way of Houston, TX and Seattle, WA, a new face greeted Mount Ayr Community Elementary students during registration this week.
New principal Amy Bautista began her duties July 1, replacing Chris Elwood, who had been in that position since 2012.
Bautista graduated from Jesup Community High School in 1992 and earned her bachelor’s degree in exercise and sports science and certification in K-12 physical education from Iowa State University in 1998.
She began her teaching career in a middle school in Houston, where she met her future husband, Jason, who worked at that time for Boeing.
Receiving a full-ride scholarship offer, Bautista earned her first master’s degree in physical education curriculum and athletic administration from Eastern Illinois University in 2001.
Graduating from EIU on July 5, she and Jason were married July 28, and with Jason’s transfer to the Boeing plant in Seattle, Bautista was hired as the physical education teacher at Evergreen Middle School in Seattle.
She later was hired by Boeing as an exercise physiologist who specialized in designing exercise programs for the people who built the planes. “We build the people who build the plans.” Our focus was to strengthen the secondary muscles (the ones that support the primary or major muscles) to prevent workplace injuries.
In 2007 the Bautistas moved to Cedar Rapids where Jason now worked with Rockwell-Collins, and Amy stayed home to raise their five children.
Not wandering far from her field of physical education, Amy was hired as a paraprofessional and coach in the Alburnett schools from 2012-2014.
From 2014-2021, she served full-time at Isaac Newton Christian Academy in Cedar Rapids as the Pre-K through 12th grade physical education teacher, athletic director, transportation director, coach, and CPR/first aid instructor.
During these years, Amy worked on her Master of Arts in Educational Leadership in the University of Northern Iowa’s Principal Preparation Program and earned her Advanced Studies Certificate in August 2021.
With her new degree, Bautista spent the 2021-2022 school year as elementary principal at Holy Trinity Catholic in West Point before accepting the Mount Ayr principal’s position earlier this spring.
The Bautistas are currently in the process of moving to Mount Ayr. Jason is now employed with the U.S. Department of Defense and has received clearance to work virtually from home for the next two months.
The two youngest of their five children will enroll in Mount Ayr schools in the fall. Zavier will be a freshman and Zander will be a sixth-grader.
Amy said she was impressed with the atmosphere in the Mount Ayr schools, specifically the sincerity and respect for one another she found when she interviewed here.
She added she is eager to work with new 7-12 principal Josh Vanderflught and new K-12 dean of students Michael Moran to build upon the Respectful Raider traditions of integrity and responsibility. 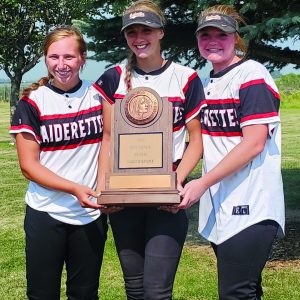 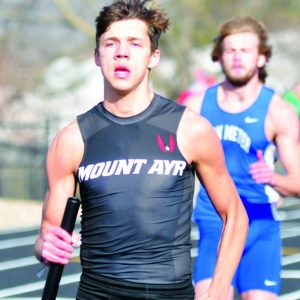